The 2018 Taiwanese municipal elections for both mayoral and magisterial candidates were held on November 24th 2018. On the same day, a referendum on using the name Taiwan, rather than Chinese Taipei, at the 2020 Tokyo Olympics was held, in addition to 10 other referendums focusing on environmental and LGBT rights issues. Despite the results, they created a sphere for deeper discussions on national identity.

One particular story caught my eye. It focuses on the death of Tang Te-chang under the suppression of White Terror in Taiwan. The Japanese-Taiwanese lawyer was killed in 1947 at the age of 40. His last words, a given right at the execution ground, were as follows: “I am a descendant of Yamato-damashii (Japanese spirit). Long live Taiwan.” The first statement was made in Taiwanese, while the second in Japanese. This scene concerning language carries out the complexity of identity on the history of this island.

What do we mean when we say the word “us”? Can language or origin be the indexes here? What do we have in common as Taiwanese people? We learn about colonial history from school through textbooks, and we take up or fight against the ideology of the last generation. We declare and decide who is “us” by exercising civil rights in democratic society. We are either for or against the results of the referendums. But, are there other possibilities on forming an on-going identity of uncertainty and tolerance aside from a firm ‘yes’ or ‘no’?

There’s a more practical and yet neglected aspect of the identity issue, which is the process of forming self-knowledge. In order to say ‘yes’ or ‘no’ to the name given, we have to get closer to the events that happened on this island we call home. Every which way of approaching this issue; the forms created in art, especially through images, can take us there. 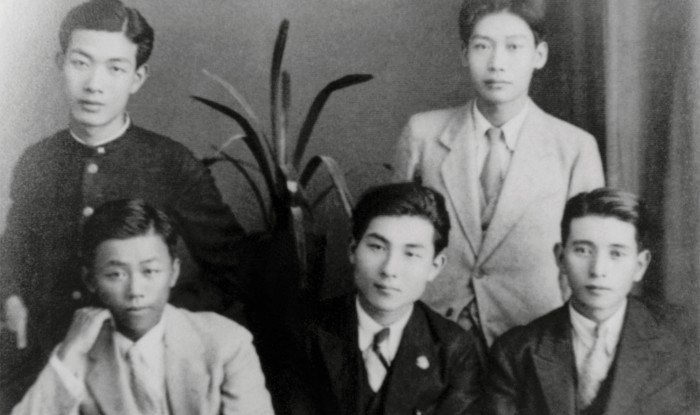 The 2016 experimental documentary ‘La Moulin’, directed by Huang Ya-li, takes us back to 1930s-1950s Japan and rural Taiwan. The film gives us a closer look at La Moulin, a poetry society formed by Japanese speaking poets. The society was formed in 1933 with an approach to deliver the spirits of surrealism emerging from France at the beginning of 20th century. With a collage of documents from governmental institutions, letters, film recordings and remade images, the director manages to recreate the lives of literary pioneers in Taiwan, thus bringing this lost history of Taiwanese literature back to light.

The founders of La Moulin carried the essence of the great minds such as Henri Bergson, Jean Cocteau, Marcel Proust, etc from Japan to Taiwan. Despite the language barriers, they managed to open conversations on literature and idea and exchange thoughts with the Mandarin and Taiwanese speaking poets back then. Based on the records we have access to today, we can truly see their concern and passion for the literary development and the future of the island.

The documentary was very well received at film festivals, both in the country and worldwide. It has attracted the attention of local and international audience with different interests. Lots of indicative figures and researchers have participated in the production by helping making it happen or commenting on the piece. In the same year the movie was released, a number of literary works related to the subject including translated poetry and research essays were published.

If there’s a path or goal in creative works, it has only just started to be reflected in the film, but is not ultimately achieved in it. Aside from the talented film maker’s career breakthrough, it is also a breakthrough for Taiwanese people to form a more complex identity different from what was taught to us through school education.

With such a complex and sometimes awkward background in Taiwan, identity must be understood as something multiple and ambiguous, yet be relatable to all its people. The film maker has never stop questioning the position of La Moulin poets, especially their attitude towards the anti-colonial movement. And maybe his doubt and struggle are not personal, but collective, hence creating this peculiar phenomenon that such an important and marvelous literary movement was so short-lived and kept out from textbooks.

During three years of interviewing the families of La Moulin poets and experts in this field, Ya-li might have formed a more concrete opinion on the subject. But none of the clips appeared in the film. It seems that what Ya-li was doing with this film was not to set out a conclusion of any sort but to create a space both real and surreal for the audience to enter.

Consequently, to apply so-called experimental style is not just a matter of taste but a creative choice as a technique to trigger the ‘cognitive function of imagination’. I would like to see this sensual cognition not as replacement but as compensation when it comes to forming self-knowledge. The audience is presented with the intersection between poetry and surrealism art works through paintings and film clips. The associations are made based on the resonance of intentions.

Of course some level of synthetic cognition is formed when processing the cinematographic language, but what’s mainly at work here is the vivid imagination. The images recreate the characters’ trace of thought in different duration. Though this rebuilt series of associate ideas is somewhat ‘fictional’, it allows the audience to think and to feel like the historical figures. This is the effect of the multiple images.

Furthermore, we see ‘real’ but past historical figures in the photographs shown, at the same time as we see the ‘fake’ figures played by the actors, living in present. Such a seeming paradox is not contradictory, for a distinctness is made by the absence of the actors’ faces. While speaking of the present, the only way to approach the past is to reveal and remake it while being aware of the impossibility to revive exactly the same thing. The most honest, understanding and empathetic is always based on the acceptance of difference. Here the director attempts to point this out through the complexity of realty in ‘Le Moulin’.

As for the aesthetic experience, many have found the film poetic on its own. Indeed, the montage is based on a poetic logic, creating a resonance among words, sounds, shapes and colours. It is a tribute to surrealism and an imaginary trail of inspirations.

Suppose we acknowledge that the process of creating is one of the techniques to form deeper self-knowledge, the multiple images here are realised in three aspects. First the recorded history, then the film, and finally the cognition imaginary of the viewer. We do not seek one reality in an ontological sense, but many realities in phenomenal representations.

And such journey goes on outside of a complete work. Starting in mid-2019, there will be an exhibition on at the National Taiwan Museum of Fine arts, Taichung, focusing on Le Moulin, its background of forming and its effect. ‘Le Moulin’ is a complete work itself, but more than that, it works as a key to spread out a movement, overflowing from the frame of film. Through this navigation towards self-knowledge, we the Taiwanese might be able to discover a dynamic mode of identity.