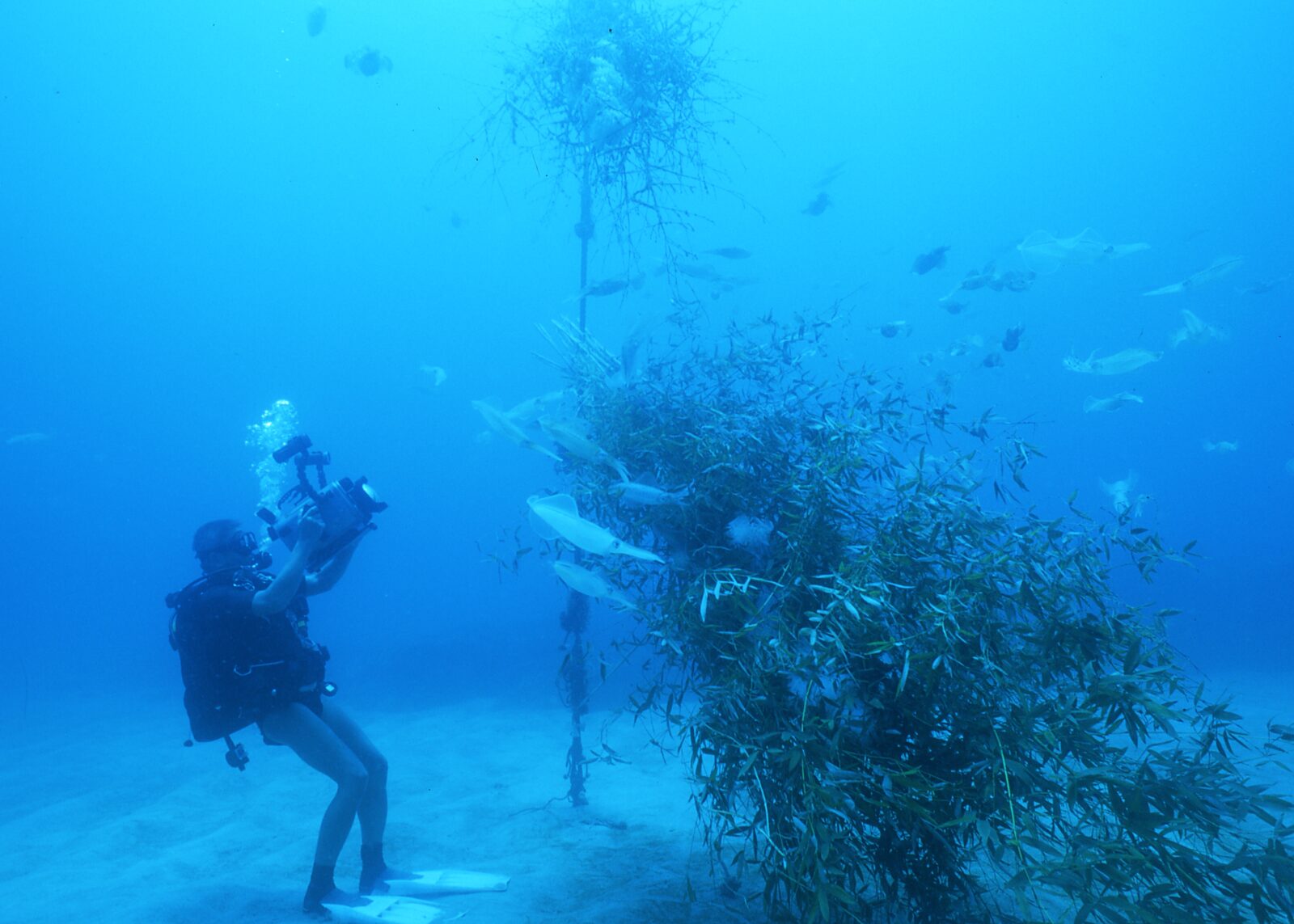 Ocean is an important observation and record of nearly 20 years of changes in the marine environment. This film continued to focus on actual situations of the marine environment and the way humans exploit marine resources. Ocean tries to provide a comprehensive representation of the various maritime features by documenting the creatures in the ocean, re-thinking people’s interaction with the ocean, and alerting the viewers to the ocean crisis.

About the Director— Ke Chin-Yuan

Isle of Chair (U)

On a secluded Island, a chair has fallen down.

It is an isle with many chairs and a giant. The giant is a chair repairer, who works day after day fixing chairs that are not up straight in their expected positions. However, one day, the isle is hit by a storm and the giant encounters a fallen chair that he finds difficult to repair.

If a fallen chair symbolises death, loss, damage and dysfunction, would you want to help the chair to stand again? If the chair can never stand in a way that you prefer, would you accept that? how would you face it?

A boy with a special talent discovers that he may never grow up. Those with power are devouring dreams so everyone else is destined to serve. Can he break the rules and free the people or will they still blindly follow?

Music and a reading

Nissa Nishikawa works with performance, poetry, sculpture and film. Her practice interprets traditional forms of dance, ritual and craft in ways that illuminate animistic and alchemical philosophies. Nishikawa often works in the open-air and studios equipped to house fire; interconnecting the layers of the arcane with the suprasensual, the living earth and various conscious inhabitants.

Her first radio play,The Polyopia of Purple (with sonic landscape by Makoto Kawabata from Acid Mother’s Temple) was read live on NTS in Dalston (2012). She will be voicing her most recent text in company with music by Kenichi Iwasa and Maxwell Sterling for the Taiwan Film Festival UK.

Maxwell Sterling is a UK based composer, performer and sound designer. Born in Manchester and spending his formative years in Morecambe Bay, Maxwell has always been influenced by geography in his work. After completing his studies in double bass and Jazz composition at Leeds College of Music and time as a film composer in L.A. / UCLA, Maxwell wrote his debut record Hollywood Medieval in 2016 on The Death Of Rave. The record is a bittersweet love letter to L.A., examining all aspects of the city through the lens of an outsider. Maxwell recently released Laced With Rumour: Loud-Speaker Of Truth on Ecstatic Recordings. A return to his first love of improvised Jazz: ‘Laced’ is a tribute to the artists Don and Moki Cherry. Maxwell has scored upwards of 30 films, such as; A Girl Like Grace, Cablestreet, The Last Singer and The Physical Impossibility of United Formations Colliding.

Kenichi Iwasa is a musician and multidisciplinary artist from Japan with improvisation and collaboration paramount in his approach. He curates musical and visual platforms for international and local artists on a regular basis with Krautrock Karaoke, an event he founded in 2013. Together with the pianist Naima Karlsson, he is a part of a duo called Exotic Sin which has recently released their debut LP, Customers Copy with Blank Forms, NYC. He forms alliances with visual artists and musicians from around the world such as Linder Sterling, members of Can, Neu!, Faust, Cluster, and Wire. Iwasa is currently based in London, UK.