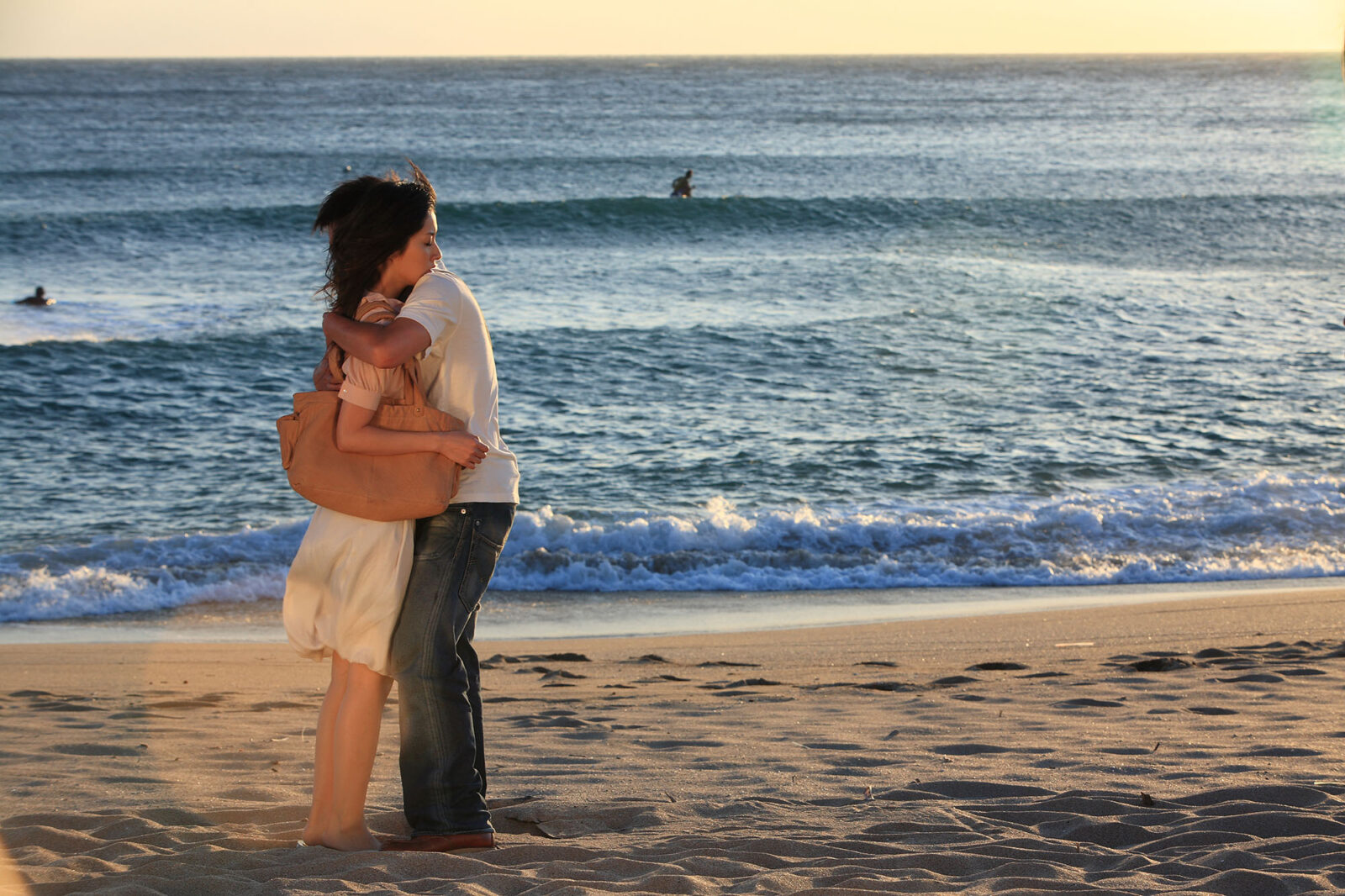 In the 1940s near the end of the Japanese era of Taiwan, an unnamed teacher (Atari) dispatched to the southernmost town of Hengchun in Taiwan falls in love with a local girl with the Japanese name Kojima Tomoko (Liang). After the Surrender of Japan, the teacher is forced to return home as Taiwan was placed under the administrative control of the R.O.C. On his trip home, he pens seven love letters to express his regret for leaving Kojima Tomoko, who originally planned to elope with him to Japan.

More than 60 years later, Aga (Fan), a struggling young rock band singer leaves Taipei to return to his hometown of Hengchun. There, his step father (Ma), the Town Council Representative, arranges a position for him as a postman, replacing the ageing Old Mao (C. Lin), on leave after a motorcycle accident broke his leg. One day, Aga comes across an undeliverable piece of mail that was supposed to be returned to the sender in Japan; the daughter of the now deceased Japanese teacher had decided to mail the unsent love letters to Taiwan after discovering them. Aga unlawfully keeps and opens the package to discover its contents, but the old Japanese-style address “Cape No. 7, Kōshun District, Takao Prefecture” can no longer be found.

Meanwhile, a local resort hotel in nearby Kenting National Park is organizing a beach concert featuring Japanese pop singer Kousuke Atari, but Aga’s step father makes use of his official position to insist that the opening band be composed of locals. Tomoko (Tanaka), an over-the-hill Mandarin-speaking Japanese fashion model dispatched to Hengchun, is assigned the difficult task of managing this hastily assembled band, led by Aga along with six other locals of rather particular backgrounds. After a frustrating trial period, Aga and Tomoko unexpectedly begin a relationship. With some assistance from hotel maid Mingchu (S. Lin), who is revealed to be Kojima Tomoko’s granddaughter, Tomoko helps Aga find the rightful recipient of the seven love letters. Tomoko then tells Aga that she plans on returning to Japan after the concert because of a job offer. After returning the seven love letters, a heartbroken but determined Aga returns to the beach resort and performs a highly successful concert with his local band alongside Kousuke Atari while Kojima Tomoko reads the letters.

Steven Meyers in conversation with Wei TeSheng to discover how Wei Te-Sheng positioned himself as a writer-director for his first film and succeed in box office.

Steven Meyers is originally from Michigan, USA. He has studied as a screenwriter and film director at both FAMU in Prague and at the Columbia University School of the Arts in New York, from which he has a master’s degree in fine arts. He is the founder of the Reykjavik Film Academy, which provides filmmaking workshops in Iceland for aspiring filmmakers from all over the world, and a consultant for the Icelandic Film Centre.