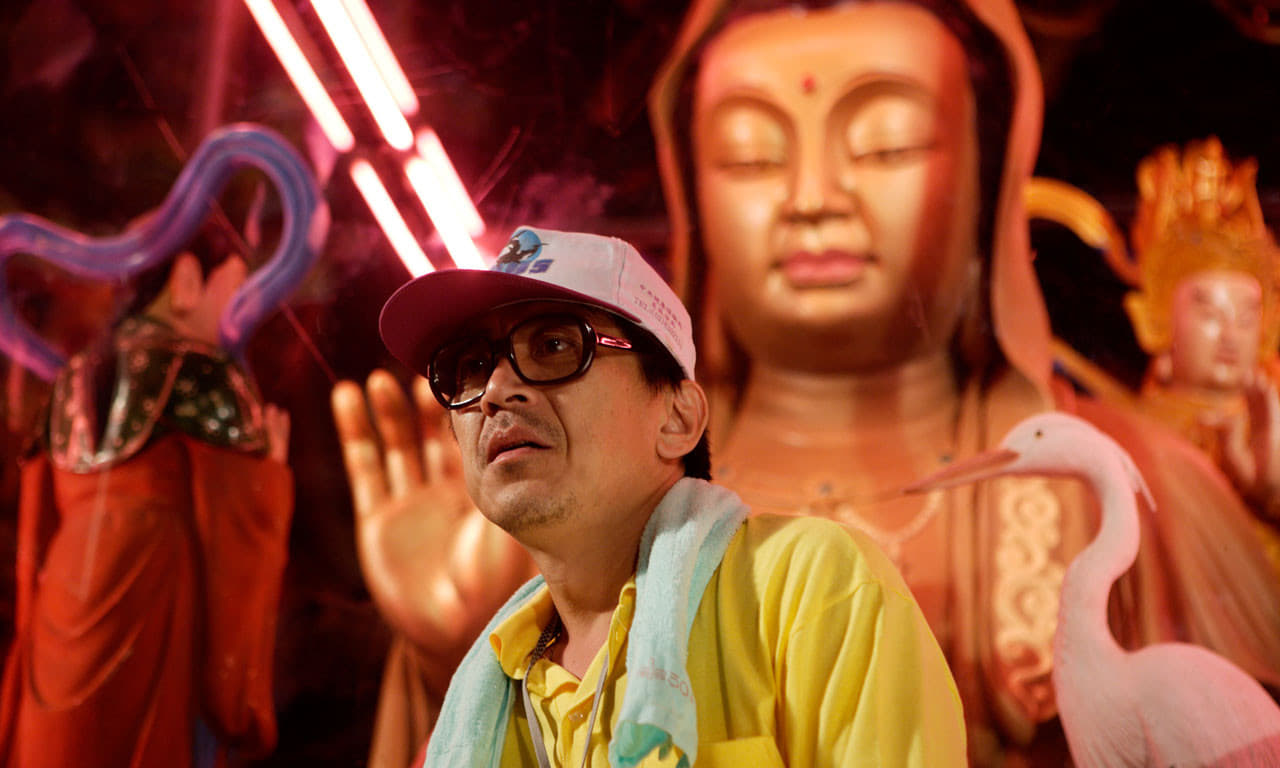 Director Singing Chen employs multi-narrative, including three sets of characters, to tell a complicated story of contemporary Taiwan. The city-country conflict between the western part and the eastern part of the island appears as the “BOT Invasion” of the eastern coast led by real-state capitalists, and the farmers’ daily drive carrying the fruits from the rural east to urban markets in the west. Due to Taiwan’s socio-political history, class conflict often overlaps with ethnic groups. It is sharply shown in the two couples in the film: one is the middle class Han family, and the other is the working class aboriginal family. This film tries to distinguish the differences between house, home, and family. Some own a grand house with a family falling apart. Others are trying hard to achieve family reunion. Still others are homeless, living a life without roof and walls, but form an alternative father/son family on the road. Taiwan is an immigrants’ island, and consequently includes various religions, such as Christianity, Daoism, Zen, and tribal spirits. However, after martial law is lifted and the dictator’s statues are toppled, capitalist dictatorship replaces political dictatorship. People worship deities to gain luck and fortune, but the deities’ statues are deserted when the economic boom fades. The crippled Yellow Bull picks up and shelters the wandering gods, which symbolizes the hope for spiritual redemption.

Ching, a depressed hand model, tries to release herself from the pain of losing a newborn baby, but neither religious belief nor random affairs can help her. Her husband is an architect, deeply involved in the power/money games of real estate business. This urban middleclass couple’s marriage is in crisis, so they go on a trip to eastern Taiwan, hoping to redeem their relationship. An aboriginal couple, Biung and Mei, toils to live a poor life, transporting top-grade peaches between a remote tribe in Taidong and Taipei city every day. Yet they find themselves less valued than even the peaches. Their daughter Savi leaves home for Taipei to rebel against her alcoholic father, and now devotes herself to boxing. One-legged Yellow Bull drives a truck, filled with deserted god statues of various sizes, roaming around to pick up and shelter more. A homeless boy accompanies him, collecting all sorts of amulets to earn blessings. The two live on the road. Then there’s a fatal car accident caused by a stray dog. The lives of the three groups of characters converge and their lives are changed as a result.