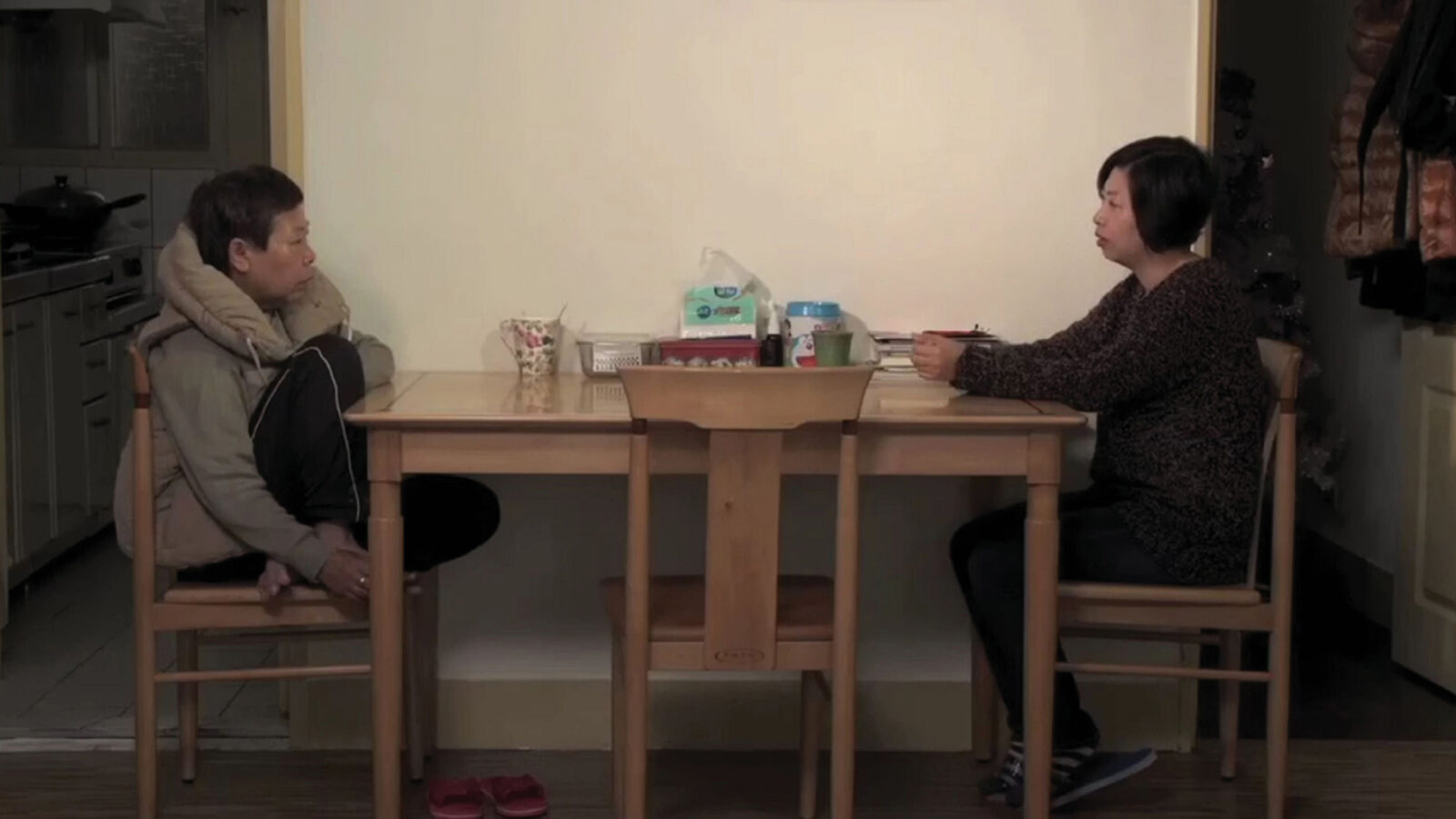 “A few simple questions spark a series of talks, which reveal some things that neither my mother nor I are sure we’re ready to face.”
Anu is a tomboy. Although she was married off at a young age – as was customary in Taiwan in the 1970s – and had two children, she quickly divorced her violent husband and brought up her daughters alone. Since then her only relationships have been with women who, like her, earn a living as professional mourners at funerals. One of her daughters is filmmaker Hui-chen Huang. It’s considered taboo in their culture to question a mother’s unconditional love, and yet this is exactly the topic of Huang’s intimate portrait. Mother and daughter set off on a journey together into the past during which Anu is confronted with questions that have tormented her daughter for years. In a series of long shots the two women discuss such topics as trust, abuse and cognisance, and yet most of these discussions end in painful silence. Shifting focus in order to plumb the depths of the depicted room, the director attempts to understand her mother by also talking to her mother’s siblings and ex-lovers. In doing so she paints a picture of changing living conditions for three generations of women in Taiwan.