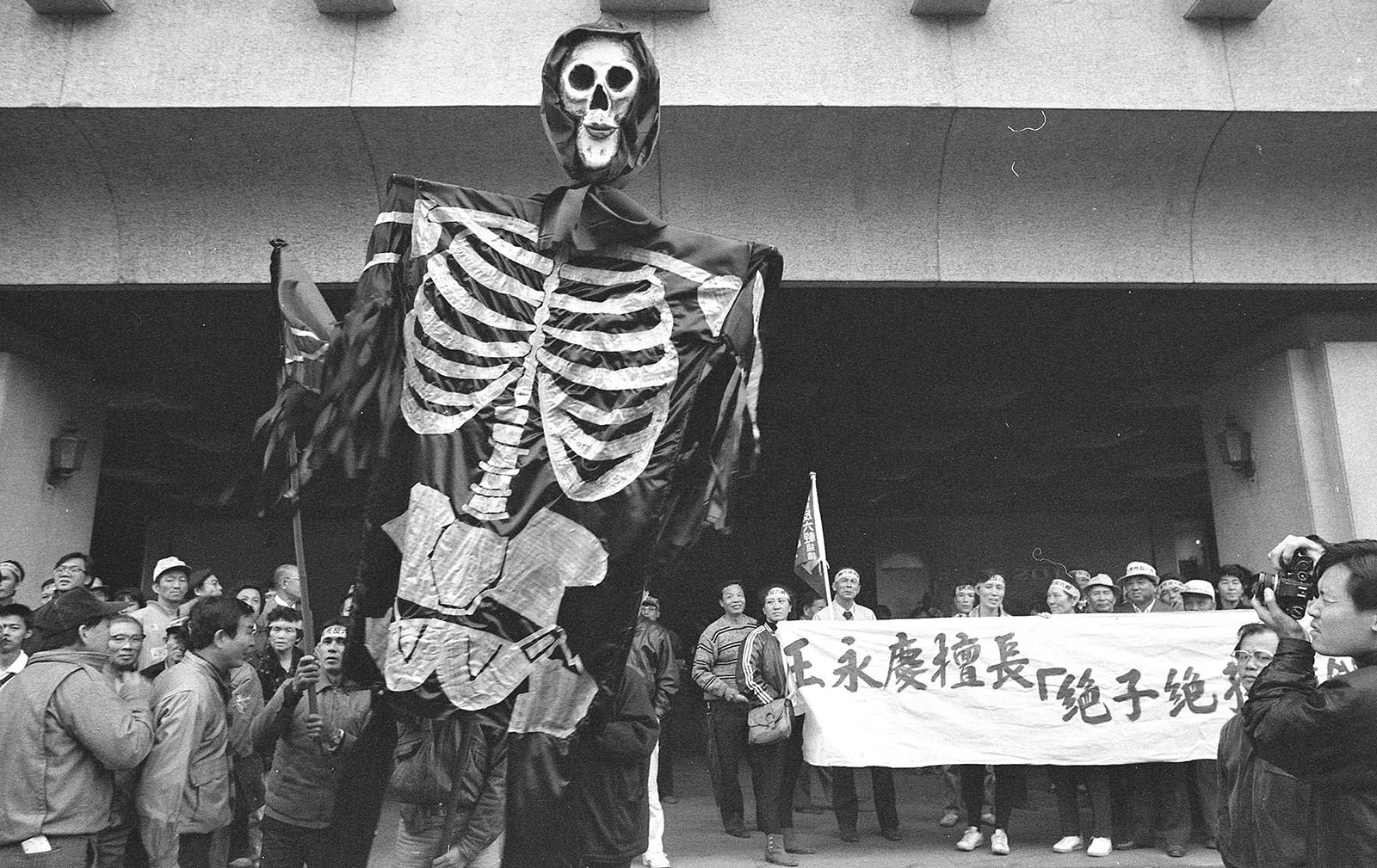 This film re-examines major environmental movements and events in Taiwan from the 1980s to 2018, including the protest against LCY Chemical Corp in Hsinchu, anti-DuPont movement in Lukang, movement against the expansion of petrochemical industry, anti-nuclear and anti-air pollution protests. It is a compilation of over 30 years of documentary footage and interviews of those who took part in the protests.

Post screen talk with environmental activists in the UK, the panel is host and organised by Sara Arnold (Extinction Rebellion) 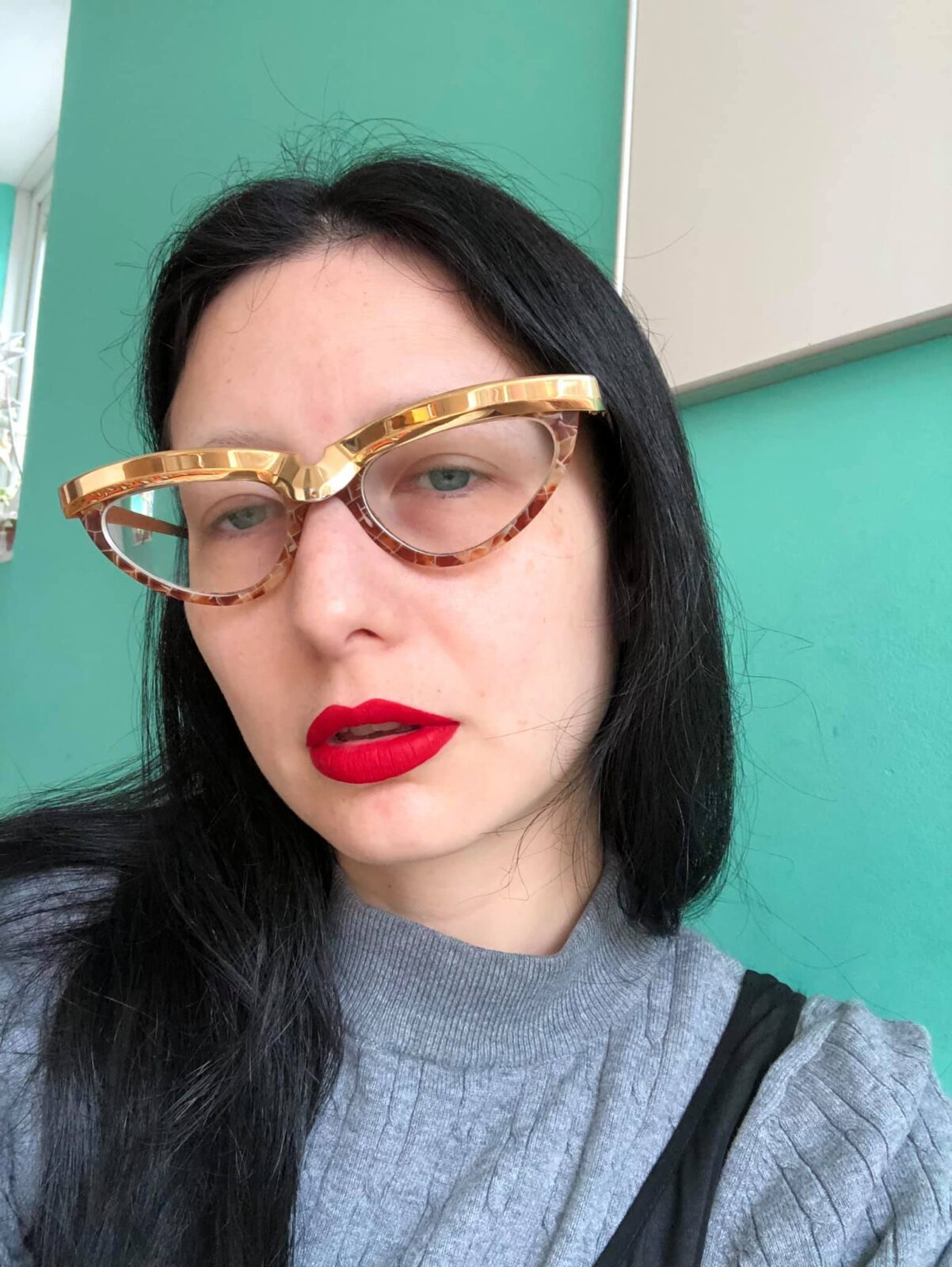 With a background in fashion design and business, Sara Arnold founded fashion rental platform, Higher Studio, to incentivise a circular economy. When the 1.5 IPCC report was released in 2018, she confronted the fact that circularity can’t scale quickly enough without systemic change. With 10 years left to save ourselves from runaway climate and ecological breakdown, she packed it in to dedicate her time to environmental activism. For the last 2 years, she has coordinated actions for Extinction Rebellion that challenge the fashion industry. She has recently co-founded a new project, Fashion Act Now, which seeks to co-create an emergency action plan for the fashion industry to tackle its contribution to the climate and ecological crisis. 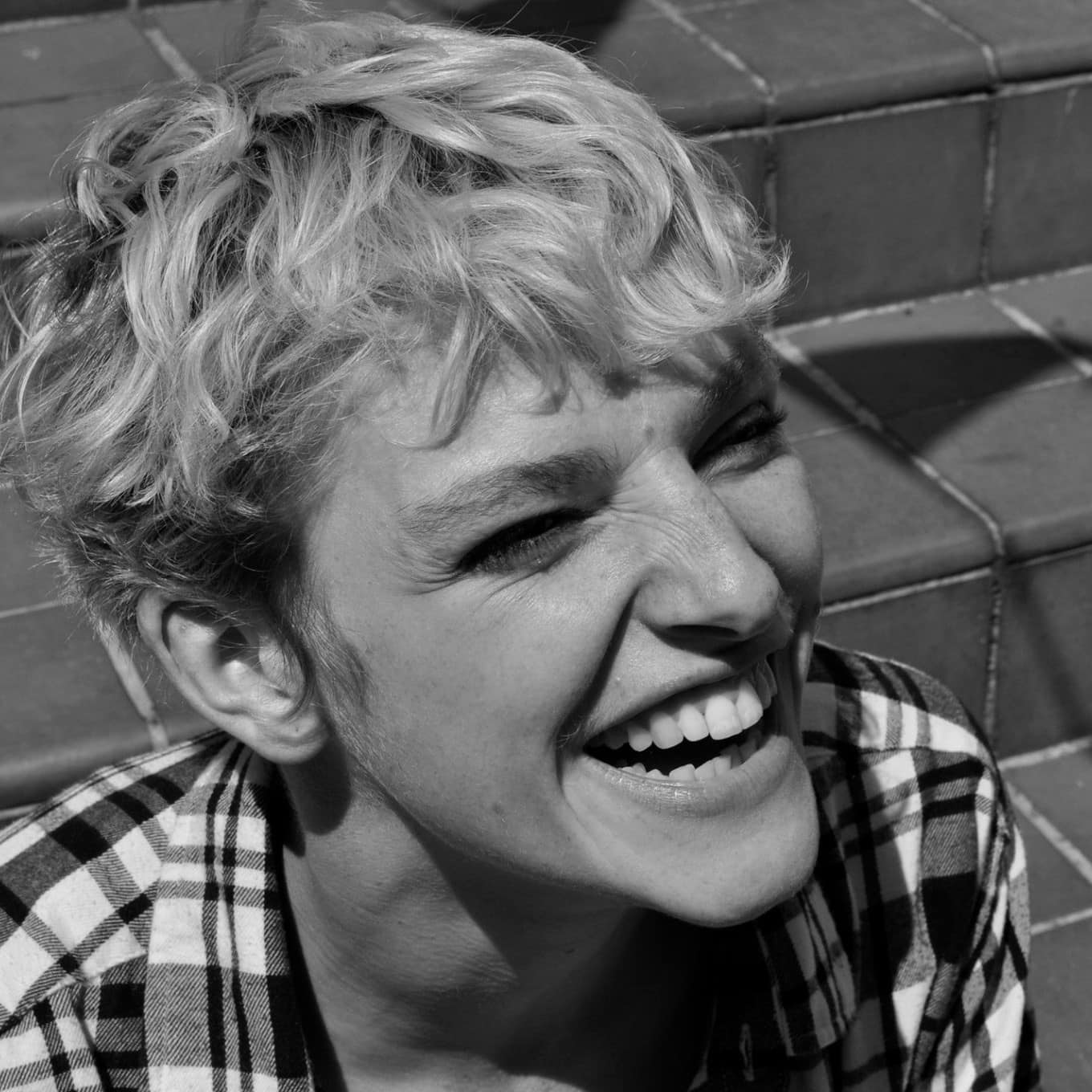 Tamsin rebooted environmental activism when, in 2008, they dropped banners against the third runway at Heathrow from the roofs of The Houses of Parliament. Since then, through strategic and disruptive interventions, they have consistently shifted public conversation on the climate and ecological emergency. They have organised (and been arrested for) a number of high profile protests, co-founded a Suffragette inspired environmental group called Climate Rush, formed a political party ‘The Commons’, coordinated (the successful) Save England’s Forests coalition, founded a CIC – The Momentum Project – that mobilises the community surrounding London City Airport and led global corporate campaigns as Head of Global Campaigns at Lush Cosmetics.

They have also been active in queer uprising, organising the David Cameron’s Come Out for Queer Rights party outside Tory HQ, ahead of the Coalition election win in 2010. They are a journalist, queer theatre maker, the author of RUSH! The Making of a Climate Activist and a founding member of Extinction Rebellion. 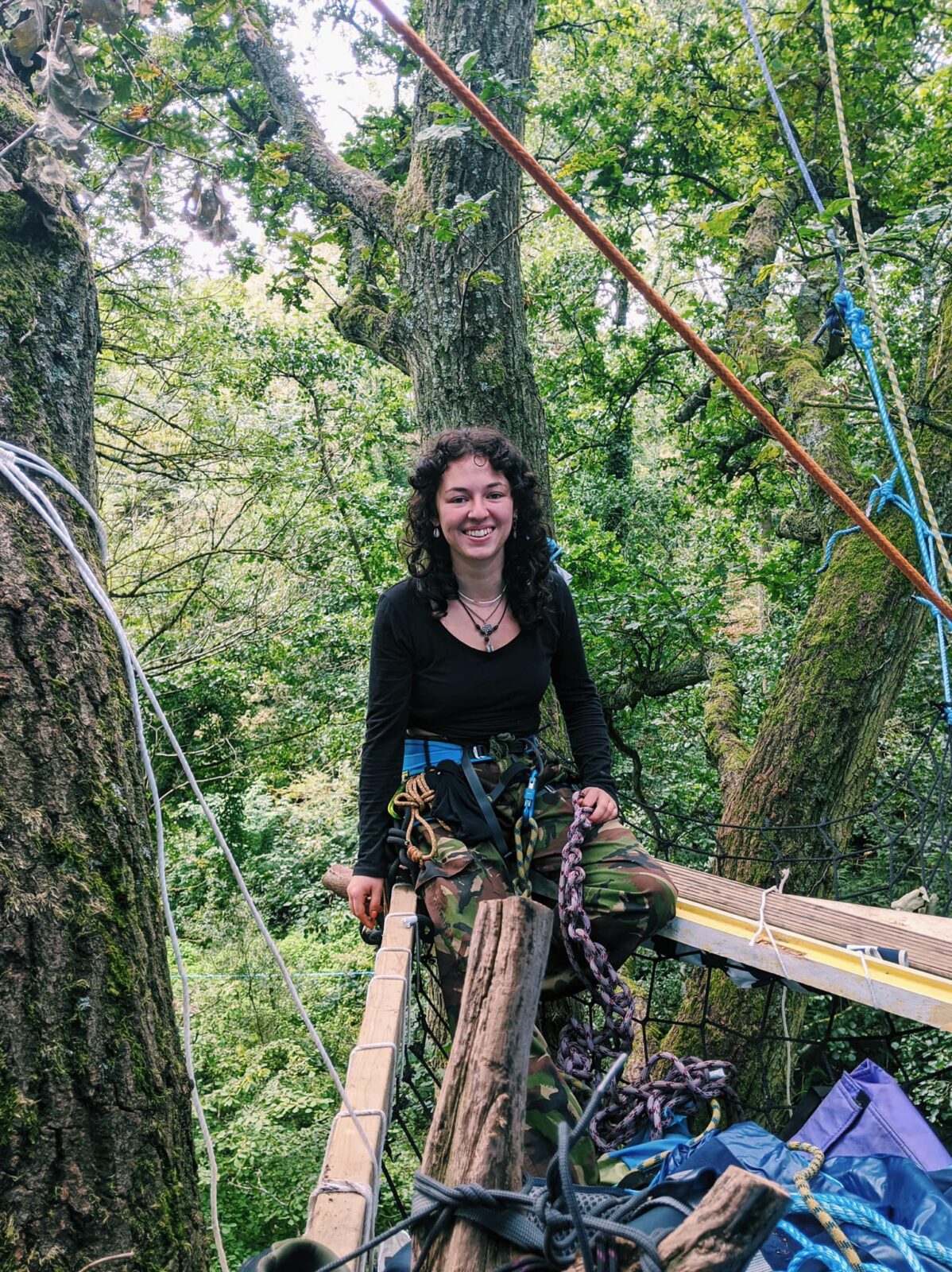 ‘Having been raised in a highly politically and environmentally engaged family, activism was something I was introduced to at a young age. Similarly, photography has been a passion and practice of mine since childhood. It was in part due to this that I made the decision to drop out of University last year, where I was studying Visual Anthropology, in order to work full time for Extinction Rebellion Youth as the Media and Messaging Coordinator. After working in this role for a year I decided to step back and pursue similar activism but as a freelancer. Recently, I have been hugely involved with the front line campaign against HS2, and am now creating my own film partly based on such.’ 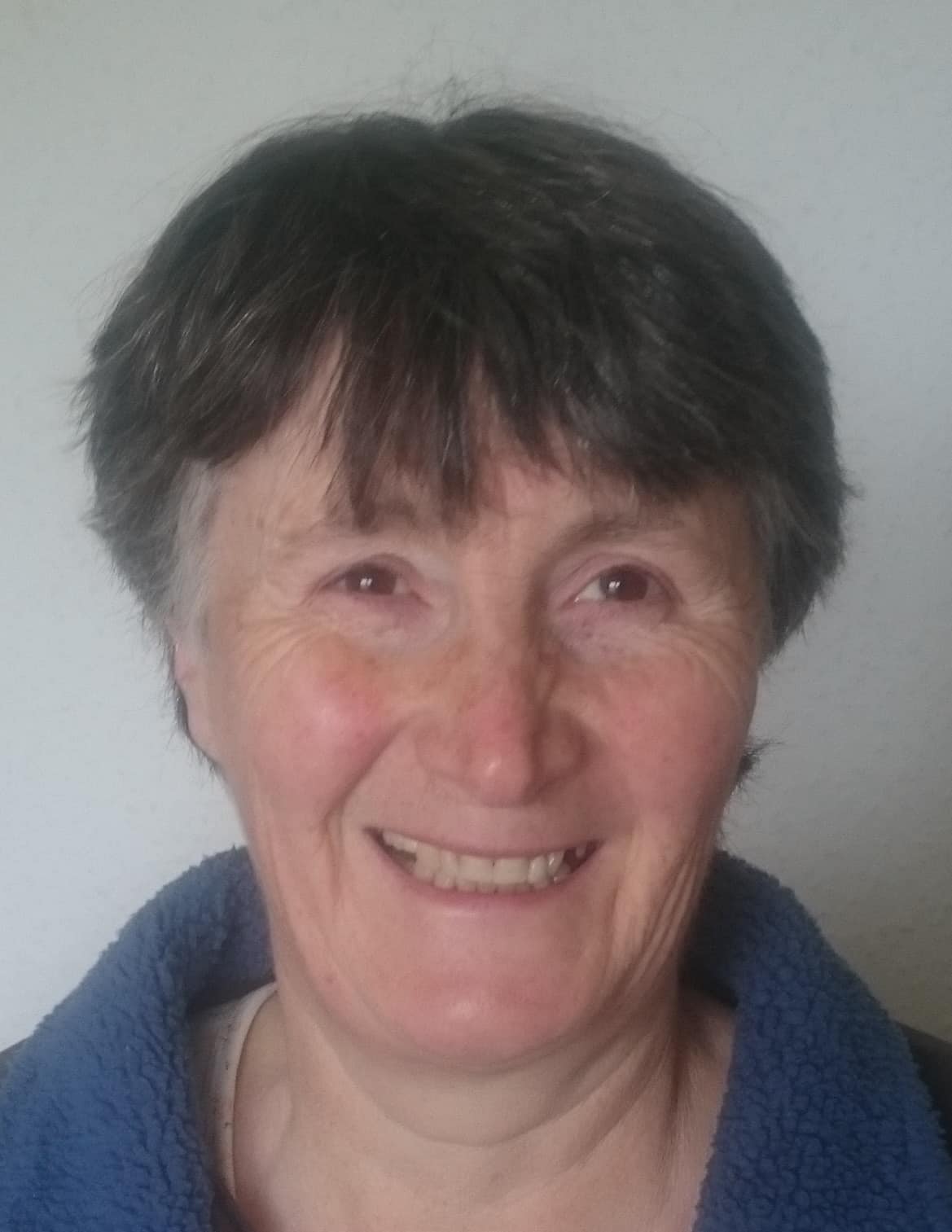 I’ve been campaigning for a nuclear free world for nearly 40 years. After helping to organise an 11 week peace walk in the UK I moved to Faslane Peace Camp outside the nuclear submarine base in Scotland and lived there for 6 years in the 80s. Although I have worked with and supported mainstream peace movement organisations I’ve always tended towards groups involved in nonviolent direct action as I think direct peaceful intervention is an important part of making change happen. I was in the Faslane 365 steering group facilitating actions at the submarine base for a whole year from Oct 2006 and am still in Trident Ploughshares who have organised both small affinity group actions and mass actions since 1998.